Miss Kelly with this match report:

“The Year 8 girls have had a remarkable first season in the Manchester Netball league and finished on a high, although not a win during their final fixture on Tuesday, showing off all their talents.  The girls travelled away to Cheadle Hulme, in what was expected to be a close game.  We started strong, finishing on equal points at the first quarter.  As the game went on, both teams contested for every ball and any mistake or turnovers were costly.  Going goal for goal for most of the game, it wasn’t until the last quarter when Cheadle Hulme began to break away and turned over a number of our balls, finishing the game with a four goal lead.

My player of the match – Ellen Welby” 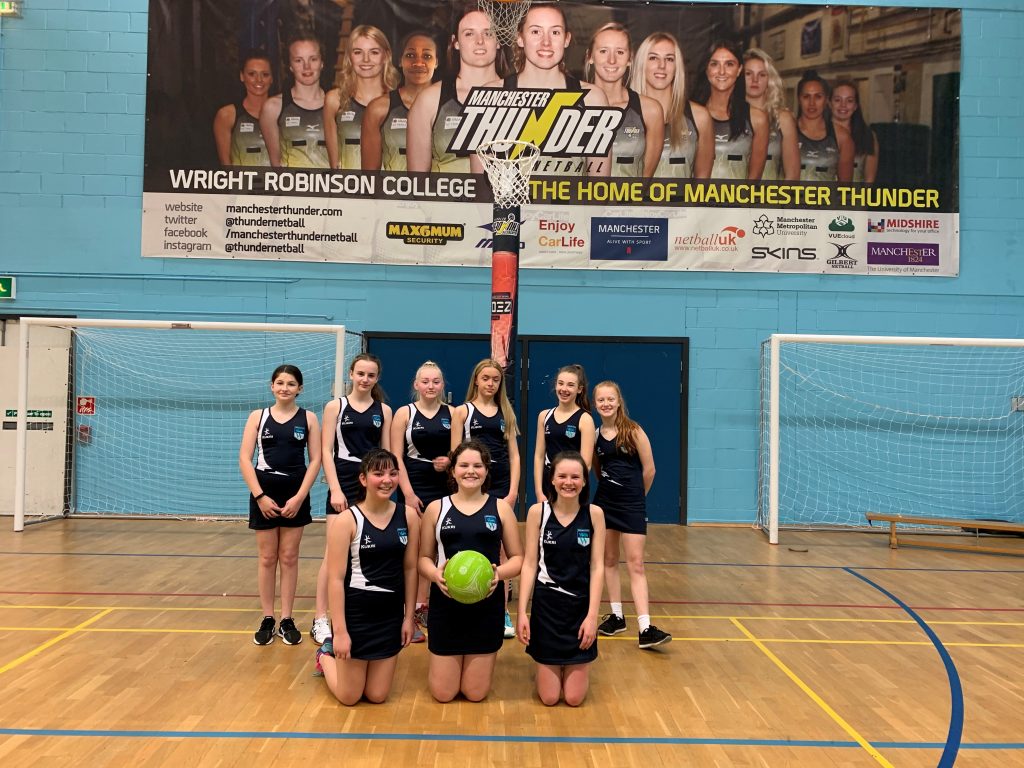