“A busy week for our Year 8 netballers with two trips to AGGS for the end of season A and B team tournaments” writes Miss Kelly.

“Our B team took to the court with a storm, winning their first game 9-0 against Sale High, as shooting duo Sophie Roberts and Daisy Boyer were confidently able to finish play with a goal.  Two harder games followed against AGGS and Loreto.  The girls were unable to convert a last goal against AGGS despite a strong team effort, losing 2-1.  Our final game against Loreto proved to be a tough one from the first centre pass.  Loreto were unstoppable and dominated the court, despite great efforts from Eleanor Baker, Jess Jones and Jess Hill.  A great evening of netball and great to see so many girls who come to training playing in fixtures.

Player of the tournament – Eleanor Baker 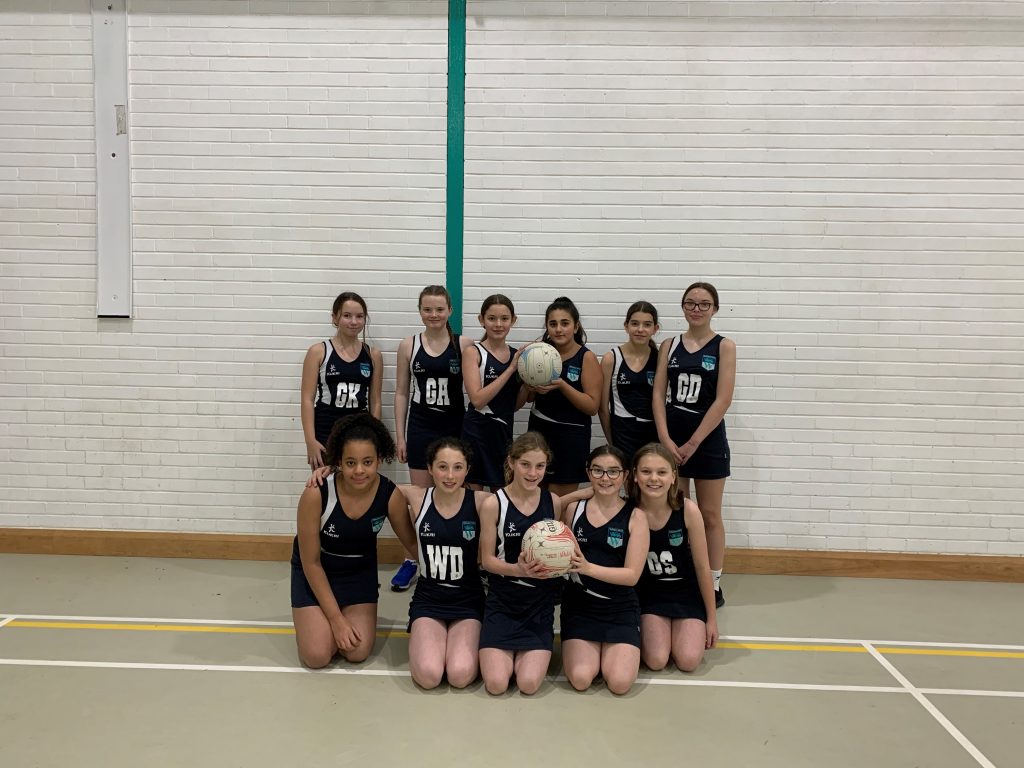 The Year 8A netball team were excited to get back into Trafford fixtures as they were crowned Trafford Champions in the league earlier this season and have developed even more as a team during their first season in the Manchester League. The girls couldn’t have had a better start, winning their first 4 games 6-0 and their 5th 5-0.  Sophie Neary and Erica Trotter were unstoppable under the post, scoring a total of 29 goals throughout the tournament.  Sophia Brocklehurst, Nancy Pickles and Ellen Welby ruled the centre third and made it very difficult for each team to bring ball into their goal third.  Our solid defenders, Chloe B and Lacey Tidman picked up every rebound and made the opposition really work for their goals, ensuring that only 11 goals were scored against Wellington over 7 games.  Unfortunately, missing out on a last minute goal at the whistle the girls lost 2-1 to AGGS after a phenomenal performance and lost the following game to Loreto.  These great results placed us in 3rd position!

Player of the tournament – Sophie Neary”