Wednesday 11th November 2020 marked the 102nd anniversary of the Armistice, the end of World War One. Ever since 1921, the Royal British Legion have sold poppies at this time of year to allow people to commemorate, say thank you to and provide support to all the soldiers who have served Britain and the Commonwealth in conflict. The money raised is used to support the families of soldiers who have died in conflict. However, it is also used to support soldiers who have suffered because of their service and to help them return to civilian life after leaving the army, in many cases such a transition to civilian life is not easy, whether it is because of the physical or mental injuries they have endured. 102 years ago, the First World War ended, and a new world began.

Wellington pupils marked Remembrance Day by completing a series of discussion tasks in tutor time related to the experiences of men fighting in the trenches of the Great War. These men were isolated from family and loved ones; feelings we can all empathise with this year. In Technology lessons, pupils also produced Poppy displays to appropriately decorate the School for Remembrance Day. The two-minute silence was observed impeccably by all at 11am on Wednesday. On behalf of the Royal British Legion, thank you all so much for your generous donations for this very worthwhile cause. 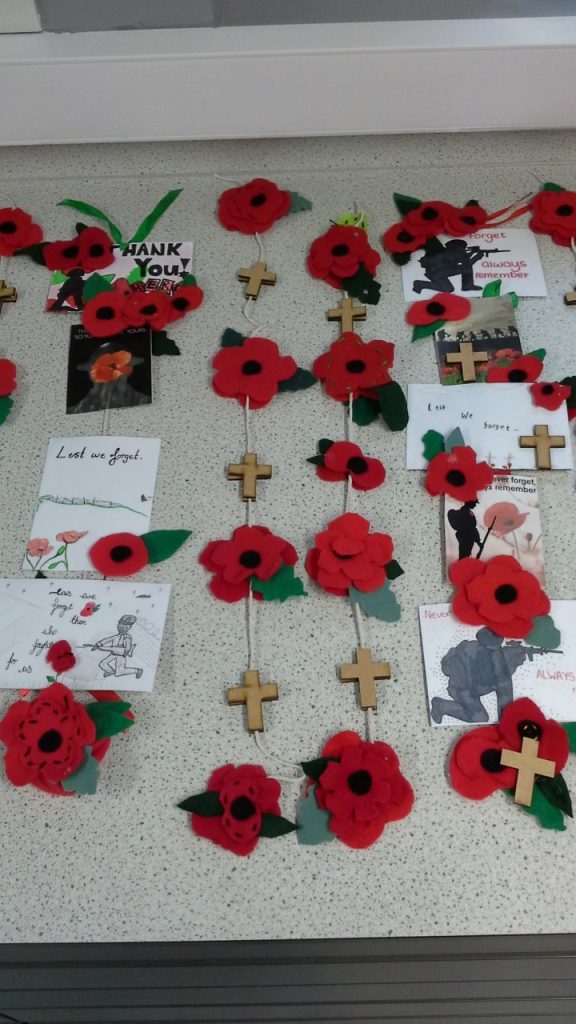