This trip report from Mr Little:

“The last half term finished on a high note for 31 Year 9 girls as they attended the ‘Greater Manchester Digital Skills Day’ at Manchester Science Park. A number of workshops and talks were given by women working in the technology and life science industries.

The first workshop was a challenge to build the highest tower of spaghetti in teams. This demonstrated the different roles required within a team and made the girls reflect on how which part they play. A tour of the offices followed, which is far more interesting than it sounds! The Bright Building at Manchester Science Park is like no office I have seen before. It is a state-of-the-art shared space with global companies and start-ups working collaboratively. There is a gym, cycle-powered blender and beanbags where you might expect office chairs. The girls were most impressed with the hair straighteners in the toilets!

There was a fascinating talk from networking firm Cisco about how they connect cows to the internet and put microchips on bees to monitor the population. Finally, the girls took part in an NHS workshop, creating a person specification for a health researcher.

The girls thoroughly enjoyed the day. Their enthusiasm and conduct made them a credit to the school. Those were the words of the organisers, who picked out Isabel Hornby to receive a prize of an inventor’s kit for her contribution on the day.” 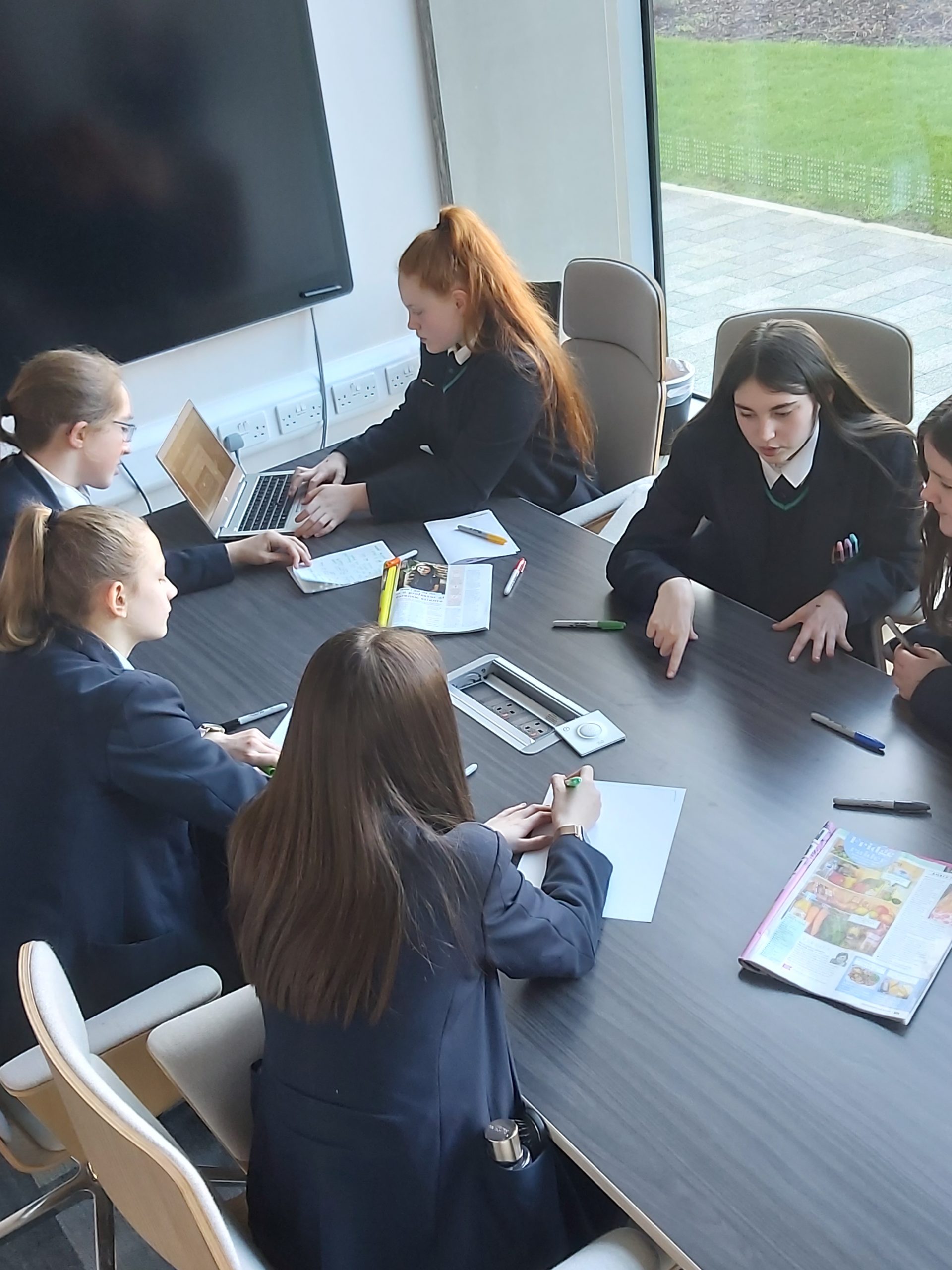 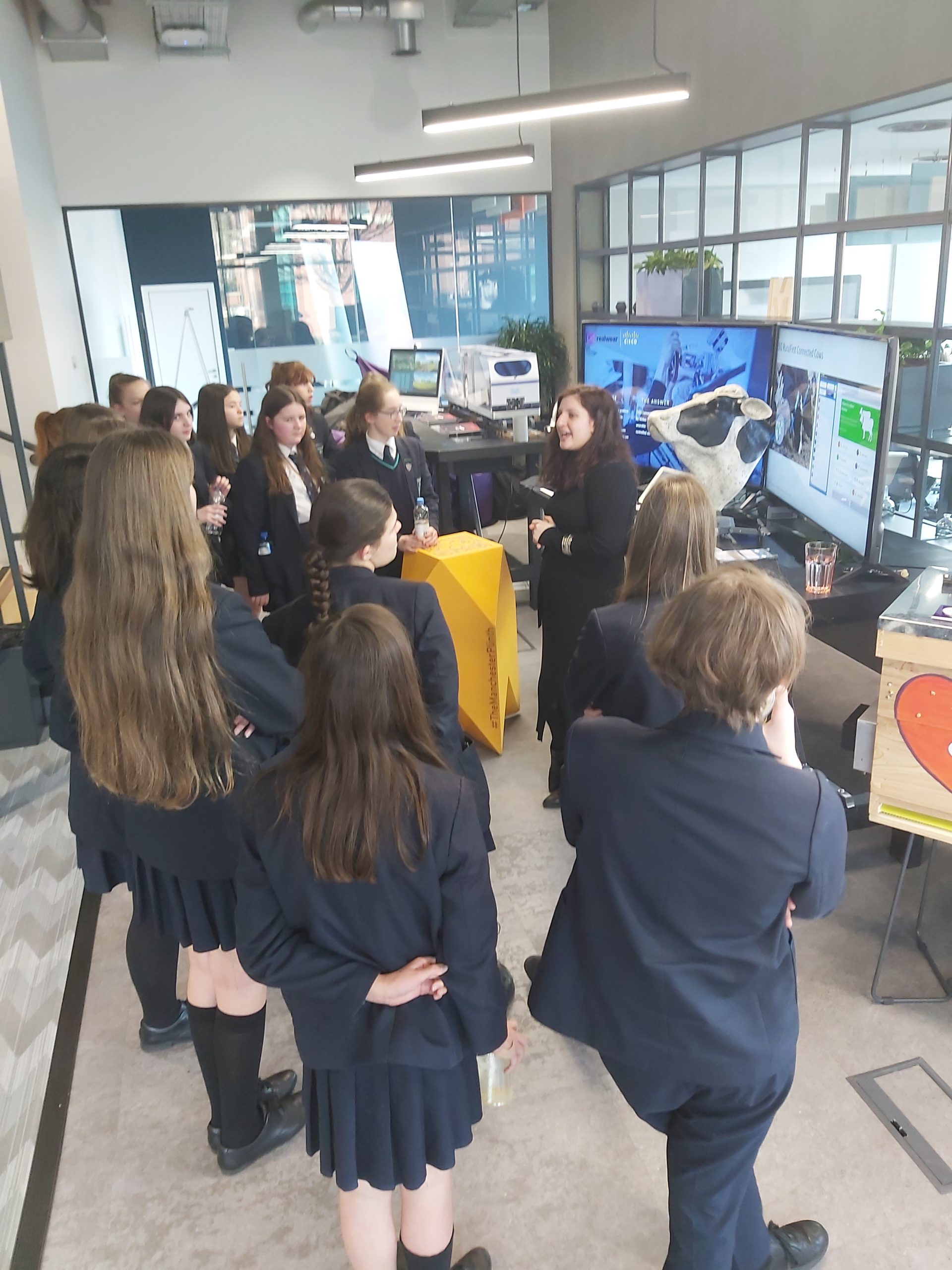 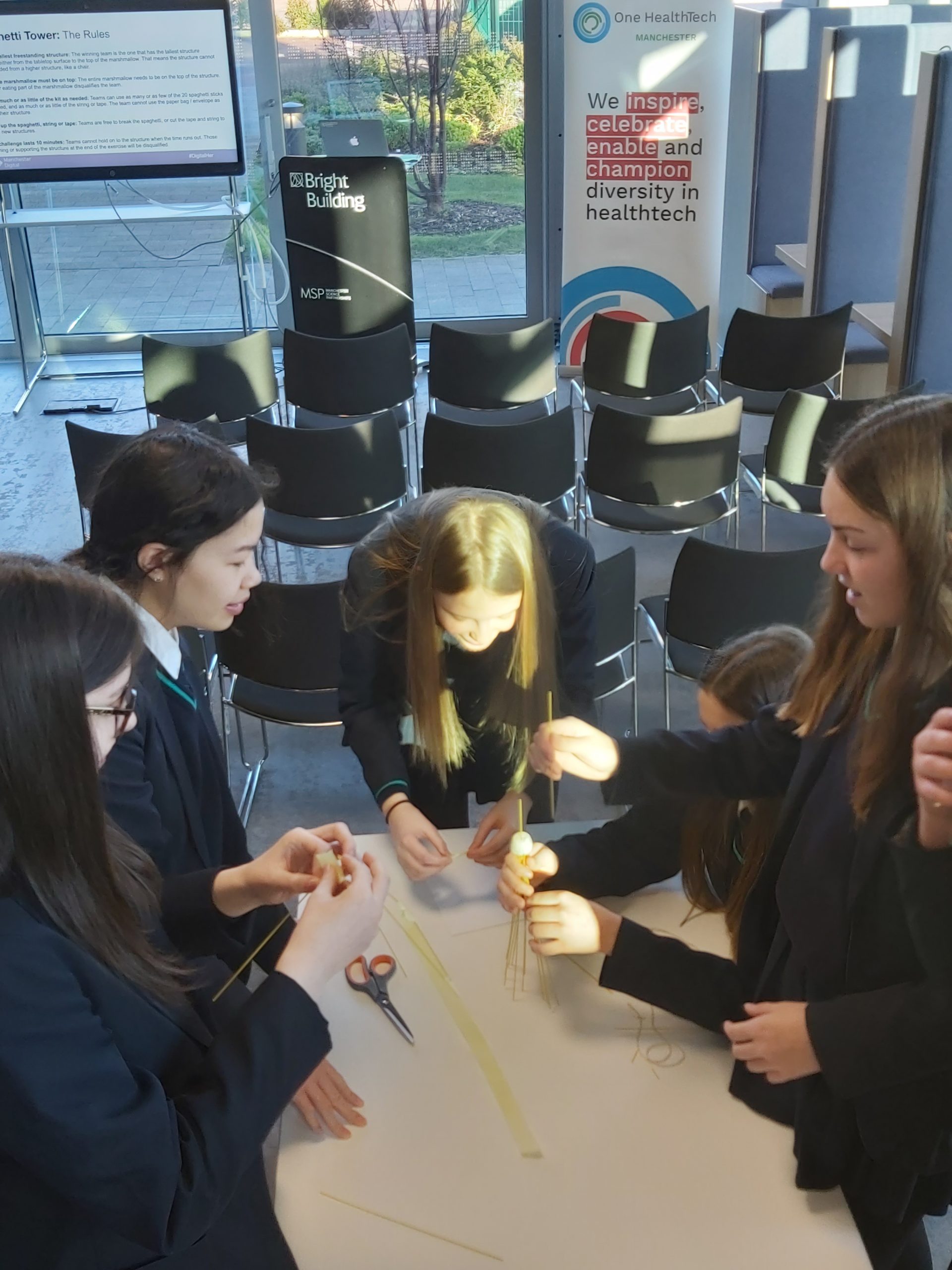